My Path to Self-Acceptance Through Martial Arts

Self-acceptance is the process of knowing and considering your abilities and limitations. For most people, it is a difficult aspect in life that requires courage and a lot of introspection. I, myself, admit that I was hesitant to understand my weaknesses. But I started to develop the urge to know my strengths as I began observing the people around me. My mindset greatly changed after starting a therapeutic activity that greatly influenced my life.

How I Learned Martial Arts

My brother has been encouraging me to take up martial arts for two years. He used to suggest, “Do you want to feel good? Try martial arts.” To which I would often reply, “I’ll think about it.” or “I’ll do it when I have some free time.” I wasn’t really paying a lot of attention to his suggestion because I have lots of responsibilities at work that I needed to accomplish.

There came a time that I felt so tired, and I began noticing that everything I do is in a continuous loop — waking up in the morning, going to work, taking a break, and going home at night to rest. It came to a point that I wanted to try something fresh; something that can boost my outlook in life.

I really didn’t know anything about martial arts back then. I thought it’s just for self-defense, a hobby for people who are inclined to sports, and for individuals who want to prove their skills and physical strength. It wasn’t after I engaged myself in it that I realized its real essence. Martial arts are not all about exhausting yourself. In fact, it’s more about boosting your self-realization.

Martial Art is a Mix of Determination and Focus

I was briefed that any martial art is time-intensive and focuses on mental and physical fortitude. My interest in it increased because my trainer emphasized that the activity incorporates the balance of mind, body, and spirit. I’ll never forget his encouragement, “Relax and be patient. This will help you to improve your concentration, flexibility, speed, reaction time, and coordination.”

To develop self-protection, it’s essential to begin martial art with the right principles. I remember what my brother used to tell me, “You need to focus on martial arts.”  It’s true! Your attention and dedication to your training is a must.

It’s a fact that men are interested to learn how to fight well for self-defense than most women are. But for me, I want to safeguard myself against attacks as a woman. The world can be a dangerous place and I should be ready for anything.

When I entered my first martial arts class, I saw a lot of women participating and it convinced me that martial arts are not only for men but also for women.  In my experience, the best martial arts for women’s self-defense include Aikido, Krav Maga, Brazilian Jiu Jitsu, Jeet Kune Do, and Tae Kwon Do.

Today, I’m one of the followers of Angela Lee —the youngest mixed martial arts champion worldwide. As an undefeated female MMA fighter, she made a lot of women realize that each one of us should be given the same chance to be the master of their own fate through their opinions, words, and actions.

Since I entered martial arts, I started to learn the positive aspects of it. What’s dominating and fulfilling, though sometimes exhausting, is developing your confidence. So, I didn’t stop.  What matters to me are the following:

Good to know: Martial arts empower people with challenges in life.  I really got inspired by a 22-year old who has down syndrome. Holding a black belt in karate, she has achieved a bronze medal in an Arab karate championship. It left me with a remarkable mark — our weakness is not a hindrance to achieving goals in life.

For those who don’t know anything about martial arts, try it to achieve the best shape of your life!  It’s also an ideal way to heighten your self-worth. I made a right decision to take upmartial arts Rochester, NY offers because it helped me in so many ways. Since the martial arts participation rate is always increasing, I’m sure that you, like me, would soon see the value it brings to your being. 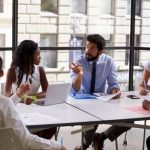 - Previous article « 4 Reasons to Start Your Own Consulting Firm 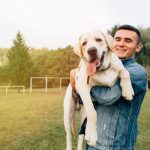 Next article - The Benefits of Supplements in Your Pet’s Life »