The Role of Notaries in Signing Legal Documents

The signing of paper documents

Signing paper documents is also a strategic plan of showing that all the information on the paper document is binding. Most of the legal documents are binding. This means that the information on the document requires the bearers to adhere to various terms and conditions, failure to do so can cause consequences. In most cases, signed legal documents are used in the courtrooms to justify a breach of contract or failure to follow the laid down terms despite agreeing and signing.

Sometimes the signing of the documents between parties may not hold much weight if there is not someone to witness the signing of such documents and to authenticate the signatures. In such circumstances, the services of a notary are required. You can check here to find a notary that will come to your location.

Previous reports have shown that some people might have forged signatures leading to fraud. A situation where the signature of an individual has been forged has previously appeared to courtrooms for litigation purposes. In most cases, most of the signatures forged are for seniors, especially those already living in senior care homes. Having a notary during signing is meant to mean that all the signatures were signed by the concerned parties and that there was no force involved during the entire signing process.

What are the roles of a notary in the law office?

One of the offices that require signing and authentication is a law office. Therefore, the roles of a notary at the law office cannot be underestimated. One of the primary functions of notaries at the law office is to administer oaths and affirmations. This is an oath of honor given by an individual to indicate that the information they are highlighting is true, and they can be held liable for presenting false information to a court governed by the law.

The second administrative duty of notaries at the law office is taking depositions and affidavits. Affidavits and depositions are statements of facts that are presented by the witnesses under oath. Commonwealth law allows the use of affidavits and testimonials in a courtroom when witnesses are not there to testify in person. It is essential to highlight that taking affidavits is a complex process. There is specialized equipment that is required to collect information from witnesses. This explains why only experienced notaries are involved in this process.

The role of a notary in a law office is to provide proof of the correct signature on the documents involved in the entire process. Hundreds of documents are included in the whole legal process, and they need to be preserved for future reference.  Some of the documents that can be signed by a notary include wills, power of attorney, custody, and divorce, among others.

Therefore, the signing of the document is not something that is done for pressure or as a general standard. It is guided by rules and regulations, and there are consequences of not signing various documents. If you are involved in a legal contract, it is essential to check with the local notary for signing and authentication. 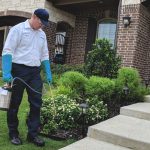 - Previous article « The Hazards of Pests 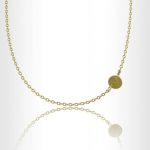