Paragard Lawsuit: Things to Know Before You File Your Claim

Women who injured their uterine cavity due to Paragard T380A can claim financial compensation known as the Paragard lawsuit. Teva pharmaceuticals and CooperCompanies have been alleged to produce defective contraceptive devices. They have also failed to warn doctors about the risk of breakage of the device during removal — instead, they have marketed the device as easy to remove.

Multiple law firms have been representing victims from all over the US. The goal is to act against the pharmaceutical companies to compensate the clients for their medical bills monetarily.

Although each lawsuit is separate and not a class action, these are being joined into multidistrict litigation. People who’ve undergone invasive procedures or surgeries and failed to remove the IUD can potentially file a claim.

Potential plaintiffs also include cases of fractured IUD parts still inside of them irrespective of whether or not they had an attempt to remove them.

What is the basis of the lawsuit?

Victims can file a claim against either of the companies (Teva pharmaceuticals and CooperCompanies) in one of the following cases.

The Paragard IUD has 2 arms of the device that stick out at 90° from the center cylinder, causing a breakage risk.

2.     The device has a manufacturing defect

If a product had a defect during the manufacturer’s possession or the defect has contributed to an injury, the company is liable. Paragard IUD has poor construction causing the arms of the device to become brittle.

Pharmaceutical companies are required to include warnings even for non-obvious harms and inform the physicians of the ways to prevent damage. In this case, the doctors were not informed about the brittle nature of the device.

What are the injuries caused by Paragard T380A?

In case one or both arms of the IUD break off, the patient will have to undergo surgery. Some extreme cases might require laparoscopy, laparotomy, or hysterectomy.

However, in case the pieces aren’t found at all, they might get embedded in the uterine wall causing further complications.

Has the device been recalled from the market?

Although a batch of Paragard T380A was recalled in March 2019 due to sterility issues, the device remains in the market.

Has anyone received a settlement in the case?

No Paragard lawsuits have been settled yet. Usually, the negotiations do not start until a few trials. The results of these trials are generally the starting point for the settlement discussion.

Although lawyers of multiple reputed law firms have been trying to get the highest settlement possible, no amount of money can make up for the victim’s losses. 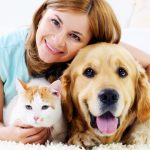 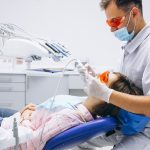 Next article - Denture Solutions To Improve Your Looks »