Birth control is a medically proven measure taken to prevent pregnancies. It is done by taking birth control pills. These pills may be taken daily. The tablets contain hormones that alter with the average body works hence preventing pregnancy. Contraception, on the other hand, is the prevention of conception. It is done by using medical practices, surgery, or the use of drugs. An individual’s lifestyle determines the methods used in contraception. If you want to take birth control measures, book an appointment with Marion obstetrics and gynecology to get more details or help.

Contraception naturally does not protect a woman from sexually transmitted diseases. The only methods that can prevent these diseases are abstinence or the use of protection during sex.

There are different techniques used to prevent pregnancy. They include: 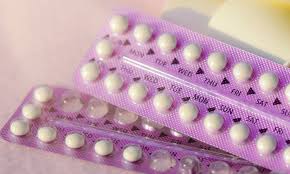 It is a type of birth control where hormones are used to prevent pregnancy. Hormonal pills, as well as injections, are used to avoid it. There are two types of medications used, one is the combined oral contraceptive and the progestogen pills. A pill is taken a day hence preventing the pregnancy. One should ensure that she takes the pills correctly to achieve the desired results.

It is birth control that typically lasts for a longer time compared to others. There are two types of this contraception which are intrauterine devices and implants. These are put in the woman’s body and prevent pregnancy from three years up to ten years.

The method is used to stop the sperms from entering into the female reproductive system, the vagina. Two barriers are often used. They include condoms and internal condoms. Condoms not only prevent pregnancy but also offer protection against STDs. It is the most common method used to avoid unwanted or rather unexpected pregnancies.

It is also another common and natural way of birth control. A person here becomes aware of her fertility that is knowing her menstrual cycle. Learning of the menstrual cycle helps prevent pregnancy by ensuring that an individual engages in sex on her safe days.

It is also referred to as permanent contraception. The methods prevent the future occurrence of pregnancy. The process is usually irreversible once done to an individual. They include tubal ligation, female sterilization, and vasectomy, also known as male sterilization. Tubal ligation is where a woman’s fallopian tubes are closed or somewhat tied so that during sex, the sperm cannot reach the ovum. Vasectomy is a procedure where the vas deferens from the testicle are cut hence preventing sperms from mixing with semen during ejaculation.

Birth control remains an essential issue in the current society as it plays a significant role in population control and poverty control.