How Families Care For Elderly Relatives Across The World

Find out about how families provide care to their elderly relatives all over the world, understanding how it is different to the UK.

In 2016 the population of the UK was over 65 million with around 20% accounting for the UK elderly. As of May 2018 the global population reached 7.6 billion people with 8.5% of those being elderly.

The elderly population has been increasing for a long time, because of better healthcare and because of the eradication of diseases and issues that used to guarantee a large proportion of society died young. Longerlifespans are amazing but they do come at a cost. With increased age comes an increased need for care.

In the UK we know that residential care and nursing home care is not enough, there are bed blocking issues in the NHS and live-in care is becoming increasingly popular but there isn’t yet enough awareness for everybody to benefit from it at this stage. Perhaps the UK can take inspiration from the elderly care in other countries who might be coping with their growing population of elderly citizens more adequately.

Across the world, perspective on ageing and ageing care differs greatly. It can be very interesting and useful to understand how other cultures and people in other countries address ageing and the needs of the elderly.

In America ageism is present in the workplace but amongst families and certain cultures and communities the elderly are respected. There are lots of charitable drives for older people and organisations that support their needs. Families do still live in multi-generational households and take care of their elderly relatives in many places. However, much like the UK, there is a care crisis and family caregivers are stretched to their limit. Live-in care is available but the workforce is small and isn’t growing fast enough so, care isn’t where it should be at this time.

There is a law in China that protects the elderly and demands that they are respected. An elderly Mum or Dad in the country can sue their own children for emotional and financial contributions. Employers have to allow employees to have time off to spend with their elderly relatives and part of that is because economically, if adult children are unable to care for their parents the country’s workforce would suffer hugely.

Scandinavia has an incredible system set up for elderly care. Sweden has a welfare policy which covers the 20 percent of Sweden that is over 65. Sweden understands that the life expectancy in its country is high and so the elderly population live even longer than anywhere else. For that reason there are lots of subsidies for private health care and many systems in place to ensure good welfare amongst elderly residents.

Japan is dedicated to its elderly population and honours the seniors in the country. Multi-generational living is common in Japan and many families live happily together under one roof. There are currently more elderly people than young people in Japan, but there isn’t as much of a care crisis like in other places because of the way the country honours its seniors and families treasure living with grandparents.

In Mediterranean countries it is very common for elderly people to live with their families. State care contributions are lowest in these regions of Europe but mainly because the culture still revolves around multi-generational living.

Elderly grandparents usually live with their families in Vietnam and usually form an important part of the household, cooking, cleaning and caring for younger children. Regardless of health status, the oldest members of a family usually remain the head of the family until they pass away.

The way that the elderly are treated in different countries and cultures can provide valuable lessons in how we might want to adjust our own care systems for a growing elderly population. Live-in care is certainly an asset to the country and it can work hand in hand with multi-generational living and modern career focused parenting. What is certain is that a change in perspective and approach is needed to quickly change the elderly care crisis in the UK ensuring the happiness and wellbeing of the important older members of society in the country. 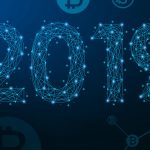 - Previous article « The three main advantages of cryptocurrency when used 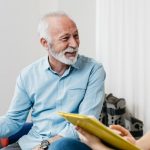 Next article - Care Of The Elderly: How Approaches Differ Across Europe »