The year 2025: Is Renewable Energy set to be the World’s Main Power?

The growing population has caused the utilization of natural resources to increase at an alarming rate. Rapidly depleting renewable resources have pushed economies to switch towards renewable resources. More and more companies, as well as people, are installing solar panels and windmills as a source of electricity rather than relying on coal or gas. So, without a doubt, renewable energy sources are becoming popular and they are predicted to become the world’s main power source till the year 2050. Renewable energy investments have increased ten-fold in the past few years.

It’s safe to say that renewable energy sources are building a greater foothold in the global energy market faster than any other fuel in history. The majority of countries have started relying on renewable energy sources for major electricity production, but they cannot rely on them completely just yet. The entire process will take some time as the move away from non-renewable power infrastructure occurs.

Renewable sources, coupled with energy efficiency, have brought about an entire global energy transition. The currently operating transition is not just simply switching from one set of fuels to another. This concerns a much more profound transformation of the energy systems around the globe. These changes will cause a ripple effect and have serious social, economic and political implications. These implications will extend way beyond just the energy sector. ‘Energy transformation’ is a term that denotes the broader implications of this energy shift.

Non-renewable resources, such as fossil fuels, have formed the base of the global energy system and have powered economic growth for decades now. The utilization of fossil fuels has increased global energy production by 50 times in the past couple of hundred years. It has shaped the geopolitical environment across the globe. The concentration of fossil fuels has had a major influence on the wealth of many powerful nations. A 360-degree transformation in energy production that will be driven by renewable resources will be a radical change.

Back in 2010, more than half of America’s power was generated by coal. It was also testified that the use of coal was growing at least 1.5 times faster than any other non-renewable resource such as oil, natural gas or nuclear power. It was estimated that the global demand for coal will rise by more than 53% within the next two decades. At this point in time, renewable energy was not even considered for the production of power. It was also said that it is nearly unrealistic to even believe that renewable power resources could ever replace fossil fuels for energy production.

This was said about 10 years ago. In the present year, for the first time, America’s Power grid was powered by renewable energy such as solar and wind. These renewable resources supplied more energy and power to America than coal.

This is one of the most powerful pieces of evidence of how solar and wind energy can now go head-to-head with fossil fuels in power production. Not only are they renewable, but they are also one of the cheapest forms of power. It is estimated that by the year 2050, more than half of the globe will be powered by solar and wind energy. It is also forecasted that coal and nuclear power will almost vanish and be forced out by less expensive options such as renewable and natural gas.

Benefits of Renewable Energy Contributing to Its Popularity

The switch to renewable energy is one of the biggest victories in the battle against global warming. Renewable energy sources such as wind and solar power are becoming increasingly popular not due to moral reasons, but because they are one of the most money-making parts of the power business throughout the world. There are tons of other advantages of renewable energy. The generation of electricity has traditionally contributed the most to Greenhouse gas emissions throughout the world, but for the first time in almost half a century, this is no longer the case. It is estimated that by the year 2050, China and India’s power supply will be a result of renewable resources, while Europe will top the list by a whopping 90%.

The point is, while many countries across the globe are moving towards adopting more and more renewable energy sources, it will take a while for them to do so. It is extremely difficult for economies to make this change, but by 2025, economies may be equipped enough to facilitate the production of power using renewable resources. However, it will be a while before renewable resources take charge as the leading energy source across the globe. 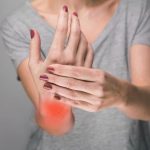