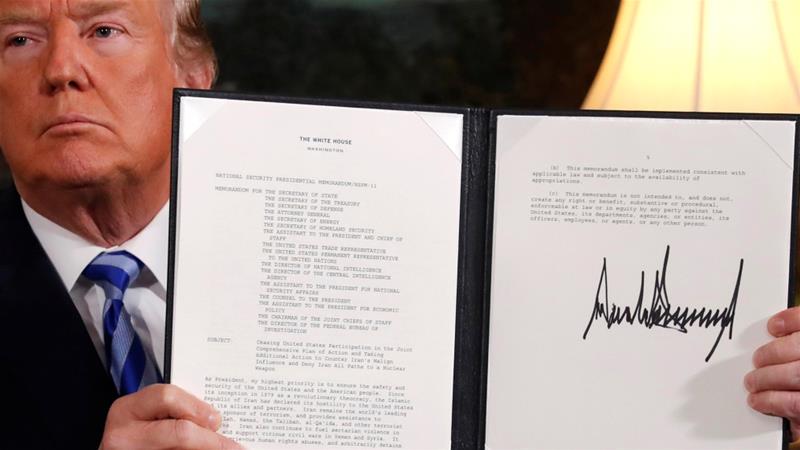 In mid-2019, the maritime region of the Middle East known as the Strait of Hormuz, which connects the Gulf of Oman with the Persian Gulf, went from flashpoint to powder keg after a series of hostile actions undertaken by American and Iranian forces. Oil tankers were boarded or sabotaged, drones were brought down, and naval crews were just steps away from adopting battle quarters. Diplomatic relations between the United States and Iran have been strained for decades, but the escalation was alarming, and it can be traced to President Donald Trump’s largely unilateral decision to withdraw from the Joint Comprehensive Plan of Action, commonly known as the Iran nuclear deal, which had been in place since 2015.

While there are many pieces to the puzzle that the JCPOA has become since Trump decided to abandon it, Middle East experts such as energy attorney Amir Handjani have written extensively on the complexities of the situation, and we can deduce the following:

The Road to Non-Proliferation

Avoidance of nuclear proliferation is at the heart of the JCPOA, which took about two decades to reach the point of agreement. It should be noted that the parties to the negotiation included China, the European Union, and Russia. The most contentious parties were the U.S. and Iran because of international trade sanctions and debts owed from a weapons purchase deal that went sour decades ago. The goal has always been to convince Iran that giving up nuclear ambitions was tantamount to defusing tensions in the Middle East.

The Role of the United Nations

The central negotiator and arbitrator of the JCPOA was the UN, and the only setback was experienced in 2006 when sanctions were imposed on Iran. Later, when Israel expressed strong opposition to the agreement, the UN allowed Prime Minister Benjamin Netanyahu to present his exceptions, but a deal was nonetheless struck so that Iran would reduce uranium enrichment operations to levels that would not be conducive to fabricating nuclear warheads.

In 2015, inspectors began to tour Iranian nuclear research and production facilities, which resulted in the lifting of the oil import embargo. Other sanctions started being called off, and about $100 billion that were formerly frozen in international bank accounts were released.

The JCPOA Decertification by the Trump Administration

Less than a year after the controversial election of President Trump, he announced his intention to decertify the JCPOA, a process that required evaluation and certification on a quarterly basis. The argument presented by Trump about Iran’s alleged support of terrorist organizations, was tiresome and widely denounced by foreign policy experts. Nevertheless, his position of power has allowed him to not only decertify the agreement but also impose new sanctions that have brought about socioeconomic discord in Iran.

The bottom line of the JCPOA is that Trump’s hasty decision to withdraw from the agreement, and the imposition of new sanctions, have increased tensions in the Middle East. Furthermore, this has resulted in more American troops deployed to the region, something that runs contrary to his promise of allowing as many soldiers as possible to return home.