The Convenience Of Using Robot Vacuums

When the vacuum was first introduced to the market it was revolutionary! you can finally spend less time in the broom and cleaning has become faster and better.  Now everyone has a vacuum. Although it’s being sold as the best broom you ever had, you never had and you should have, the fcat is that it still has a few downsides. Some downsides that show that the vacuum is still isn’t perfect but nearly there.Shark vs Roomba

When you vacuum some stuff, you will realize the limitations and the things that you hate about the vacuum. It’s heavy, it needs wires in order to run, it overheats, you can’t just simply put it anywhere because of its size and it can’t always go the distance without being tangled. With those things, you either have two things, either buy a reliable broom or get used to the things that you hate because using and owning a vacuum is awesome. Make no mistake there are smaller vacuums that were made over the years but still the power that it has doesn’t really solve the problem that bigger vacuums offer.

The solution of the future: One of the popular and emerging vacuums there is is the robot vacuum, it’s still very far from The Jetsons Rosie, but, it already has some potentials since it gets the job done really really well for the most part. The point of cleaning is maintenance and that has always been tough, but with these robot vacuums that have become easy. Although it’s not as powerful as the bigger vacuums it’s still pretty decent as far as performance is concerned. Beside’s millennials don’t really know anything about The Jetsons.

Controlling it is a breeze: There’s a big reason why smart robot vacuums are a hit and that is because it’s smart! It has a ton of preprogrammed features and the best part is that it can be controlled in one’s mobile device. Most of it is connected via WiFi so wherever you are in the house you will be able to control it at will. Aside From that it also syncs with your home assistants like google voice and Alexa which you can also order to make the vacuum run. Pretty cool right?

No Cleaning involved: The best thing about these robot vacuums is that it frees you from cleaning ever. Imagine it can run and cover all types of surfaces (except water) and can easily go to every nook and cranny in your home where you always have a hard time with.

Self-care: One of the best things about it is that it can clean on its own, dump its waste in its designated bin and even charge by itself when its already needed and tucked in keeping itself. Those are basically the things that you do manually when you broom or you vacuum your house and that’s all been done by the robot vacuum.

Smart robot vacuums have become quite popular these past few years. One of the best things about these vacuums is that it doesn’t really require any aftercare or supervision for the most part. Giving you more time to do other things. If you’re looking for the best ones out there, Sharky and Roomba is one of the most sought after. If you’re looking for a Shark vs Roomba, visit the link. 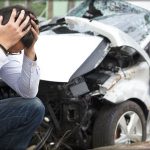 - Previous article « What Happens If I Get into a Car Accident in Another State? 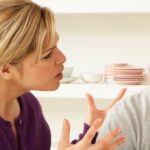