Residents of Arizona and other regions where scorpions are common because of the desert climate know that one of the fiercest battles is getting to fight off a scorpion infestation. These eight-legged creatures are unlike most other household pests as they are naturally adapted to living outside. However, because they primarily feed on other insects, they can easily find a way into any house as they are hunting for their prey. Since most homes have lots of areas that they can hide in, they continue to stay for as long as they can find sufficient food and are not disturbed in their hiding spots.

Apart from food, scorpions are also attracted to most homes during the winter as they always look for warmer places just like most other creatures. Hibernating scorpions are as such, one of the primary causes that result in an infestation which is typically realized during spring. The cold temperatures outside do not kill scorpions as most people often think as they are naturally adapted to the harshest of conditions. A preference for warmer places is a survival instinct that enables them to avoid the extreme outside conditions whenever they can and be ready for the coming warmer seasons.

For homeowners, this presents the risk of their homes being the place that these pests choose to spend their summer and become a disaster when it starts becoming warmer, and they become active again. This is made worse by the fact that scorpions are nocturnal predators and always love dark, moist areas which no one ever bothers checking. These areas include under concrete foundations, lumber piles, in walls, and attic spaces among other hidden spaces.  As such, as your family is getting prepared to have the warmth of being together during winter, therhree could also be a problem that is waiting to explode as a group of scorpions are slowly making their way to your house.

To avoid these inconveniences, it is crucial for homeowners in high-risk areas to have a pest barrier protection around their houses and yards completely sealing all possible attack areas. This is never an easy feat to achieve as scorpions can squeeze past the smallest spaces, including cracks in walls that are 1/16th an inch that can easily be ignored by most homeowners. As such, it takes seasoned experts to provide the assurance that a home is protected from potential invasion by these stingers which are never easy to kill; given their tough exoskeleton that protects them against most pesticides.

An effective measure also involves eliminating all food sources that could attract scorpions, and this means an intensive elimination of roaches, crickets, and spiders. Professional scorpion exterminators will equally target areas with plenty of moisture that gives these pests a favorable environment to hide. By focusing on all aspects which often attract scorpions to most homes, professional pest control specialists have the confidence of giving families the peace of mind even as winter approaches. This, in turn, creates a comfortable and safe environment where everyone, including the children, pets, and elderly are not exposed to the harmful stings of the Arizona bark scorpion. 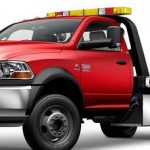 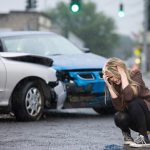