The Power of Lasers and Their Use in the Manufacturing Industry

Precision cut materials are a standard in any industry, and it is needed to create a uniform set of products that can be helpful for clients and customers. The development of laser cutting technology contributed to faster production rates and manufacture, especially for industries involving engines, machines, and simple metalwork.

What is a laser?

Lasers seem to be a thing that science fiction movies overuse in their stories as weapons, like swords and beams. It had its humble beginnings as a maser, or microwave amplification by stimulated emission of radiation, which was conceived by Charles Hard Townes of Columbia University on April 26, 1951. Only in 1957 did Gordon Gould, an American physicist, coined the term “laser,” which means Light Amplification by Stimulated Emission of Radiation.

Laser technology was developed from then on and was intentionally thought of as general use to cut various materials. It is used by directing a high-power laser through optics such as fiber laser technology to increase the power of a laser beam. Lasers should not be confused with the raw laser beam that is used as pointers in presentations. They are the same thing, but different power outputs and mechanisms generate the lasers.

Laser cutting is a technology used in various manufacturing industries to cut through materials. It is also used by small businesses and hobbyists to get precise cuts for different projects. However, in large industries, laser cutting helps cut through metals and other industrial materials. In Utah, some services offer laser cutting specifically for metals. There are different types of lasers used in the industry, which differs from application to application.

CO2 lasers are popularly used for engraving, cutting, and boring. They are the highest-power continuous wave lasers that are used today. It is mainly used in welding metals because of the high-power output it can give for industrial use. It is also used in medical practice for soft tissue surgeries since the body can handle and absorb the CO2 laser very well. Nd and Nd-YAG have the same abilities as the CO2 laser, but they are mostly for industrial use.

Designs and plans are made first before the cutting machines can cut materials. Today, laser cutting machines in manufacturing industries are programmable. Cutting machines convert the 2D digital plans and designs from programs such as CAD and other vector-based images into physical objects once the material has been fed to the machine.

Laser cutting technology is used to cut dies for components in machines and engines. Sheet metal is fed, and the pattern is loaded to the cutting device. Simultaneous production of the die pieces can be cost-effective for companies that make engine and machine parts.

Lasers can also be applied to cutting thick pieces of plywood that are used for modular homes. A sheet of plywood can contain sections that are cut and later assembled for easy construction. It removes the necessity for concrete and other unsustainable materials by using composites or recycled wood pieces in plywood. Building modular homes with the help of laser cut wood can only take a couple of days to weeks to produce a 2-story house. Pieces of jewelry, tools, and furniture can also be produced through laser with the same processes in planning and cutting.

Laser technology is a beneficial development for our society as it makes our lives easier. We no longer depend on cutting large pieces of materials through cutting molds, which leaves much waste. It is a sustainable and cost-effective way for industries to meet the demands of the people. 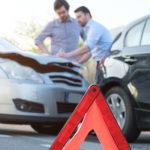 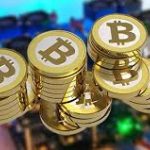