If you are interested in starting to use a firearm, like a handgun, it is paramount that you learn how to use it properly, preferably even before you purchase a weapon of your own.

There are a lot of reasons why a person might want to have a gun, and safety is one of the most common. However, in order to be safe with a gun, you first need to learn how to safely use the said gun.

We reached out to San Diego’s firearms safety experts at https://cohensecurity.com/ who agreed to share some of the basics of firearm safety.

This is one of the very basic things – guns are dangerous. In a layman’s hands, they can go off even when you don’t intend for that to happen. The safety lock is a feature that most guns possess, but you should not rely on the technology, but rather heed this simple rule.

If you are not aiming a gun at someone (or something) in order to protect yourself and fire, do not point your weapon at anyone. This is something you will be first taught when you come to a shooting range, but the rule applies everywhere you and your gun are.

Learn a Proper Stance when Firing

If you’ve taken physics in high school, you may remember something about Newton’s Laws. One of those laws states something like ‘for each action, there is always an opposite and equal reaction’. In essence, that means that the bullet which flies out of the gun, the gun experiences the same force, but in the opposite direction. That’s what we call recoil.

In order to mitigate the recoil of a gun, you need to assume a good shooting position, otherwise, you risk an injury to your wrist. There are two essential body positions, both with pros and cons.

The first position is standing slightly hunched forward, with your legs spread apart, holding your gun with both hands in front of you. This is a more natural stance, but it does suffer from a lack of balance, so if your gun’s recoil is stronger, you may fall backward.

The other position actually mitigates this problem, by having one shooter’s leg forward. This way, the shooter is much more stable and can grip the weapon much better. Some experts even claim that it improves accuracy. However, it is often not recommended by police officers and military veterans, as it exposes the parts of the body which are not well covered by body armor.

Learn As Much Before Entering a Firing Range

Entering the world of firearms is a very complex thing – there are so many options, so many things to pay attention to, that it may be a bit overwhelming at first. However, with the right approach and the willingness to learn, you can become a responsible gun owner even before you have a gun.

Before you take a gun in your hands, you should know some basic concepts, including things we mentioned here. Taking a basic firearms training class will often entail having introductory theoretical training, followed by the actual use of firearms.

That is another big point. If you are going to buy a weapon, you should probably learn how to use it safely and responsibly. Taking a course is the simplest and most effective way to learn this, but it is not the only way.

Keep in mind that guns can be dangerous both deliberately and accidentally. However, by learning how to handle a weapon, you minimize the risk of accidents happening. 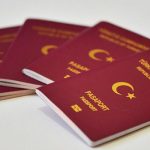 - Previous article « How to get citizenship in Turkey

Next article - Proper Way to Choose a Men’s Wedding Ring »