Everything You Need To Know To Know About League Of Legends

Since its release in 2009, League of Legends has been one of the world’s most played games with over 65 million active monthly players.

Developed by Riot Games, League of Legends is a multiplayer online battle area video game whose fan base is increasing at an exponential rate. This game combines the elements of Role Playing Game with Real Time Strategy.

Multiple maps, game modes, regular updates make this game interesting and addictive. Players can make friends all around the world, form teams with them, exchange statistics and do much more.

In this game, players control characters called as champions who have a set of unique set of abilities. Players begin the game at the lowest level and can progress up to 18th level which is the final one. Players get together into teams, go through towers, and compete to destroy the Nexus-the core building in the enemy’s team base.

Summoner’s Rift is one of the most popular maps in League of Legends. This map is divided into blue and purple parts. In this map, players aim to destroy the well guarded enemy Nexus building. Players advance towards the Nexus through the three lanes- mid, top and the bottom. These lanes are separated by jungle which is a neutral area. The Nexus is guarded by Turrets and Inhibitors. Two of the most powerful creatures in the game- the Dragon and the Nashor live in the waters which separate the blue and purple parts.

Twisted Treeline is the second basic map in League of Legends.

Unlike the Summoner’s Rift map which has 3 lanes and 3 inhibitors, Twisted Treeline map has only 2 lanes and 2 inhibitors. Hence this is faster than the former one. In this map, players again compete to destroy enemy’s Nexus. A dangerous creature named Vilemaw resides in this map.

Howling Abyss is the popular All Random All Mid (ARAM) mode.

Unlike the other maps, Howling Abyss has no Jungle area, only one lane of Turrets and one Inhibitor. Here the team fights take place in the middle lane. The gameplay in this map is extremely dynamic.

Designed for the Dominion Game mode, the Crystal Scar map is based on gaining points from- the Windmill, the Quarry, the Refinery, the Drill, and the Boneyard. This map has five control points inside a circle. Points can be scored by a team by completing objectives. These points are directly reduced from other team’s points. When a team’s points reduce from 200 to 0, it loses.

League of Legends provides a total of 138 unique champions for the players to choose from. Each of the champions has at least five abilities and two summoner spells each. As these summoner spells are extremely powerful, they can be game changing.

Hope that this guide helps players to transform into league of legends heroes. 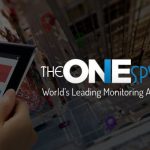