To Buy Or Not To Buy: A Bitcoin Tale!

bitcoin price and cryptocurrency: the new type of currency. Virtually impossible to counterfeit, with no central authority control, its volatile nature has made it both appealing and worth questioning. Recently, a San-Francisco based crypto exchange company, Coinbase, went public with an astounding valuation of $85.8 billion. This has signalled a new era for bitcoin and digital cryptocurrency, pushing digital currencies closer to the mainstream currency market.

What is Bitcoin price, and how do you trade with it, are some of the questions we’ve answered below:

Bitcoin is a digital currency, started in 2009. It can be earned through a process called mining. Most bitcoins are transacted through exchanges. Transactions are verified through cryptographic methods. Each computer that is part of the Bitcoin network takes part in the verification process. Once the transaction is marked genuine, it is added to the ‘ledger’- in crypto terms, the blockchain. This ledger is publicly distributed and, thus, transparent.

Nobody knows. In 2008, an individual (or a group) named Satoshi Nakamoto posted a document online that claimed to create a digital currency that served as an alternative to physical money.In 2009, the same individual released an open-source code called ‘Bitcoin’. Coins could be earned, and transactions could occur without the involvement of a bank or central authority. Convenient, easy to transact, safe- made Bitcoin boom unlike any other digital currency before.

It is like using a digital wallet. Coins can be sent and received on a peer-to-peer network that records the transactions on a public ledger or the blockchain. This makes it virtually impossible to counterfeit, as each transaction is recorded individually on the blockchain with a unique set of letters and numbers. No one can spend or create any money they don’t own. 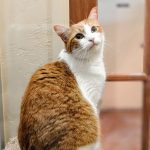 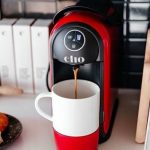 Next article - Best Tips For Choosing the Right Coffee Machine »