Foreign Currency Accounts in India: All You Need to Know

Foreign currency accounts are increasingly becoming popular both among resident Indian and non-resident Indians. Read on to know more.

Today, several banks offer specialised foreign currency bank accounts in India. As the name suggests, these accounts are distinct from the regular savings bank account as it allows you to hold the deposits in foreign currency rather than in Indian Rupees. The currencies allowed for transactions may vary from bank to bank. But, most banks allow deposits in popular international currencies including, American Dollars, British Pound Sterling, Japanese Yen, Euros, Australian Dollars, Canadian Dollars, etc.

The Resident Foreign Currency account is specially meant for Indians who have lived in a foreign country for not less than one year and have returned. Such residents can use the RFC account to deposit their foreign currency earnings in Indian banks and remit it to a foreign country when they move back.

A significant advantage of this type of account is that it allows the account holders to receive superannuation and other monetary benefits from their overseas employers. Also, the account has no restrictions on fund utilisations; account holders can use the amount both in India and overseas.

This is an ideal choice of account for companies that deal with imports and exports. It can be used to receive remittance on the export of goods and services and to make payments in foreign currency. Thus, it helps account holders avoid loss due to exchange rate fluctuations.

One of the significant features of this type of account is that the companies can keep the deposits in foreign currency only for a specific period, after which the bank converts the amount into INR.

Apart from the companies, individuals who receive income for their professional services like doctor’s fees, consultation charges, etc. can maintain an EEFC account.

This is one of the most popular NRI bank accounts for NRIs who earn an income in a foreign country. It allows them to transfer their earnings to India, and the funds in the account are repatriable. Also, the interest earned on the deposits is exempted from tax.

The foreign currency non-resident account is a term deposit account that allows the non-resident Indians to park their earnings in specific foreign currency. You can deposit in Australian Dollars, Canadian Dollars, Japanese Yen, British Pound Sterling, Euro, US Dollars. Thus, the account holders can avoid the risk of exchange rate fluctuations. Also, the interest earned from the deposits is tax-free.

Thus, there are different types of foreign currency accounts to suit the various needs of both the Indian and non-resident Indians. Non-resident Indians can maintain both NRO and NRE accounts for easy transfer of funds within the accounts. 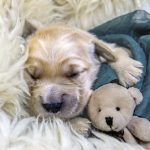 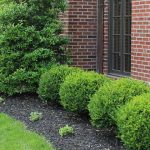 Next article - 5 Tips for Maintaining Your Shrubs »