Bitcoin is a crypto currency which isn’t managed by a bank or agency but in which transactions are recorded in the block chain that is public and contains records of each and every transaction that takes place. The crypto currency is traded by individuals with cryptographic keys that act as wallets. Bitcoin was first invented in 2009 by an anonymous founder known as Satoshi Nakamoto. Bitcoins are moved in blocks every 10 minutes on a decentralized ledger that connects blocks into a coherent chain dating back to the first genesis block. It was originally described as peer-to-peer electronic cash but the technology has evolved to emphasize being a settlement layer rather than a payment network. This has left integrated second layer solutions, like Lightning Network, to prioritize that use case.

It has remained the largest crypto currency by market cap. Bitcoin’s share of the entire cryptocurrency market is at its highest level this year and near where it was when the digital coin hit its highest price level in history. Bitcoin (BTC) is a crypto currency or a form of digital asset.Btc price chart grew significantly within a short period of time making the BTC/USD pair quite popular among active traders and investors. Through many of its unique properties, Bitcoin allows exciting uses that could not be covered by any previous payment system. Bitcoins are generated by a process known as ‘mining’ which involves solving of complex mathematical algorithms. The miners involved in the mining process look after the Bitcoin network security and validate each transaction taking place on the network. Bitcoin can be exchanged with other digital currencies or fiat currencies. Bitcoin is used as a means of payment by over 100,000 vendors and merchants. 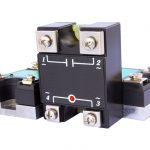 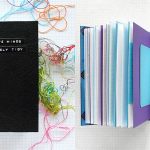