10 Good Reasons to Thank the French

Some food and items have become synonymous with France, and for a good reason too! These same attractions have put France as a must-visit country for international travellers. Here are some of the things that France is famous for.

Pierre Verdun, a salesman in a French catering company, noticed the amount of time his clients had spent preparing food ingredients for cooking.

He then created the first model of a food processor, a simple bowl with revolving blades at its base to chop ingredients. In 1960, Robot-Coupe was established. While the idea started as a commercial-grade product, Robot-Coupe became available for home use as well within the same decade.

Our recent technology allows for high definition photos with all modern mobile phones, but this was not the case almost 30 years ago.

Philippe Kahn rigged a mobile phone with a digital camera in 1997 to send pictures of his newborn daughter. This move, later on, pushed for the development of better camera phones, and here we are today.

Did you know that the word ‘lingerie’ originated from France? The exquisite, elegant styles in French lingerie does more than making a lady look excellent. You can often find French lingerie made from silk and satin – materials that are comfortable to wear.

The delicate details accompanying its design is something that inspires many other types of lingerie in the market today.

The French also invented these cute little hats that are often seen on artists. While initially only popular among French artists, berets are now a fashionable choice that also looks adorable when worn by girls.

Try pairing a beret with one of your favourite dresses – it can make you look elegant instantly.

In the late 18th century, Louis-Sébastien Lenormand created modern parachute as we know it today. Lenormand coined the term parachute by combining ‘paracete’ with ‘chute’, French terms referring to ‘protecting against’ and ‘falling’ respectively.

By 1782, Lenormand made the first recorded parachute jump.

Imagine how much longer we would be suffering from headaches, migraines and fevers if not for Charles Frederic Gerhardt.

This French chemist worked on the synthesis of acid anhydrides and their properties. When he mixed some chemicals while working on his research, he created what later came to be known as aspirin.

There can never be too much cheese. France created thousands of cheese varieties, many of which are renowned worldwide.

Some of the best-known selections from this country include Camembert, Reblochon and Brie, but we all know that there are many other excellent cheese selections available for all types of palates.

France is one of the most culture-rich countries in the world. Claude Monet and Henri Matisse are among the most notable artists from this country, and many art-lovers are familiar with their art styles.

Monet is known for impressionism, while Matisse is renowned for his works in painting and sculpture.

Without stethoscopes, diseases such as pneumonia, emphysema, and other lung diseases would take much longer to be described in the medical records.

In 1816, a French physician Rene Theophile Hyacinthe Laënnec created the first-ever stethoscope with just a wooden tube. Believe it or not, this simple device was invented because Laennec was not comfortable with placing his ears directly onto a woman’s chest.

One of the most prestigious annual film festivals in the world originated in France too. It was first held in 1946, and the festival has been going on around May each year ever since.

This exclusive event is invitation-only, so expect to see celebrities walking the red carpets to preview new films and being awarded the Palme d’Or here. 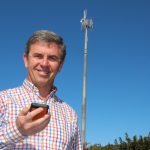