How Your Car Engine Can Get Blocked

Like any other machinery, the car engine too can suffer inefficiency, damages and wear. With any of these occurrences the extreme effect what the car can face, is an unexpected shut down of the engine at the middle of the road, leaving you stranded. To prevent from any such untoward things to happen we need to see that our car engine doesn’t get blocked under any circumstances. To know about the best ways possible, we asked the service experts of the Orlando new and used car dealer, who gave us some valuable insights.

Reasons for Blockage in Various Engines

The experts started with the explanation that the internal combustion engine of the vehicles can be seen in many forms, while the automotive engineers are in continuous efforts to optimize every component of the engine to achieve maximum level of performance, starting from the oil-pan to the air-cleaning device. Even though blockage in engine is a common phenomenon, today different innovative designs are experimented to combat this regular evil. Here is a short glimpse on these engine types that fight this issue of blockage in the following ways.

This most popular engine till date is the V engine that we get to see often as V6, V8 and many other variants on different vehicle types. The popularity of this V engine lies in its advantage that comes from its compact design. With the help of a pair of cylindersthat are run parallel to each other, a V-engine shares almost the same length as even if the capacity is different.

Next to the V engines come the Inline-block engines in the queue of popularity that make use of a series of cylinders forming a single line starting from the rear side of the to the front. These engines are known for their smooth run which come handy for the applications that need high-rpm power, making the configuration perfect for the small-displacement engines that are mostly used for passenger cars. That is why we get to see all four-cylinder engines are framed with an inline-block configuration.

Moreover, an inline configuration allows the overhead cam (OHC) cylinder head to be used, to increase the horsepower at higher rpm and brings better effect on all the four-cylinder cars that are currently being prepared for release.

Another commonly used engines are Boxer engines that are used primarily by many leading brands like Porsche and Subaru. The boxer engine too, comes with a good number of advantages, like, the pistons placed on a bank can serve effectively as a counterweight for the opponent side, hence the crankshaft will no more require any counterweights for itself. This helps in makingsmaller and lighter crankshaftswith higher revving power. Boxer engines lie lower to the ground, that is good for thevehicle’s center-of-gravity by many inches, making it easier to handle the chassis.

When we visited the car dealer near Orlando , the expert team showed us all these engine types that are so far the best possible engineering products to prevent a blockage. 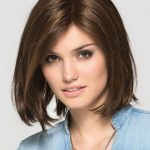 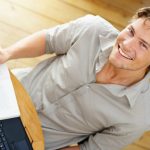 Next article - 5 Rules for Learning an abroad Language »